The Convertr team were in Lisbon, Portugal last week joining 60,000 people for the annual Web Summit event. With 100’s of talks and side events, our heads are bursting with new ideas – so we wanted to share our top 3 takeaways from the largest tech event in the World.

“The rise of AI could be the worst or the best thing that has happened for humanity.”

The resounding cornerstone of the event was the impressive growth of Artificial Intelligence. For those in the tech community, this comes as no surprise, but for those beyond Silicon Valley, Web Summit became the loudspeaker in heralding AI’s worldwide recognition.

Clearly, the Web Summit organisers were ready to meet the expectations of their now-global audience, and the surprise address by Dr Stephen Hawking on opening night ensured this. Yet Hawking chose to fuse excitement with the sober warning that “the rise of AI could be the worst or the best thing that has happened for humanity.”

His concerns, like many of those across the event, were focused on the ethical responsibilities around new technologies: imploring the audience to consider how the industry will be regulated, especially once artificial intelligence surpasses that of the human race – which he predicted will be much sooner than we think. 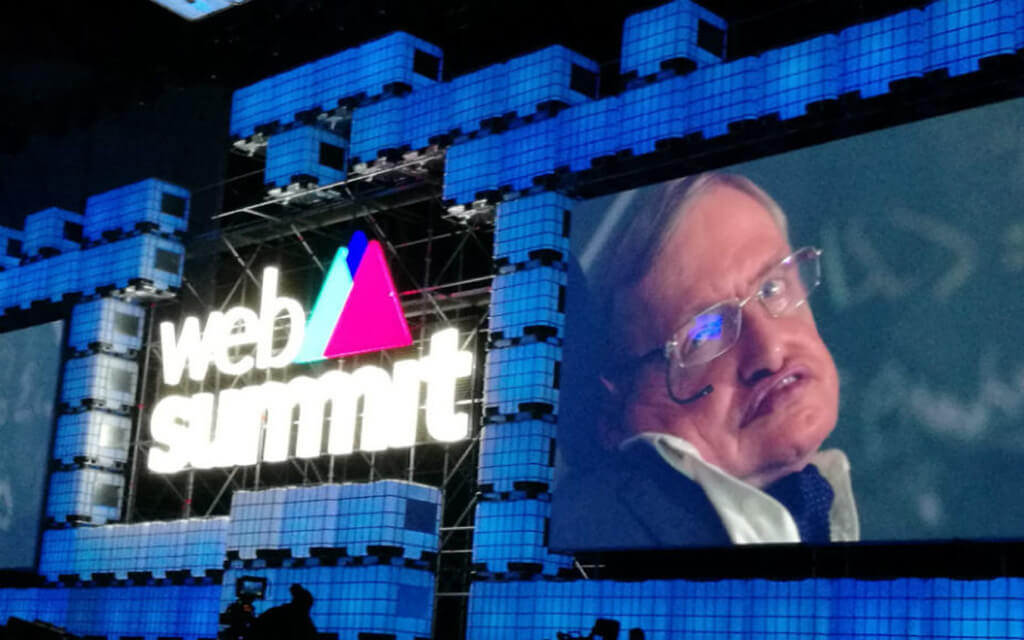 Of course, theories are nothing without evidence; but if anyone was left sceptical over Hawking’s words, the physical proof was starkly hammered home the next day with Sophia the Robot, of Hanson Robotics, speaking live on the main stage.

Flawed as it may be, Sophia’s humanoid “brain” is incredible nonetheless. She is driven by Mindcloud, allowing her to hold conversations, recognise faces, speech patterns and continuously learn over time.

Sophia is a singular case, but the impressive proximity of AI – speaking to us on stage just hours after Hawking’s address – only heightened the event-wide sense of awe and concern.

However, it was across the wider event that we saw how AI is now entering a wide range of industries: from healthcare to gaming and automotive. The fact that AI was so integrated into the Summit’s programme is also telling: Whilst humanoid robots replacing humans in the workforce is still a few years off, we can certainly see AI already becoming part of working life, replicating processes that would otherwise be manual across the tech landscape.

The Results of Booking.com’s Women In Tech Opinion Poll:

“To empower women in tech, we must start changing our perceptions”

As a company led by a female CEO and a 50% female management team, we are often asked about our experience within the ‘boys club’ of the tech industry. From our perspective, Web Summit had clearly worked to provide more spaces for women at the event, especially the addition of the Booking.com Women in Tech Lounge. However, it was concerning to meet with so many women who were still the minority in their organisation. Yet the fact that we could hear these minority voices is encouraging: this year a record number of reduced price tickets were offered to women to encourage their attendance, as well a Web Summit mentoring scheme (which our CMO, Sandra McDil, is a member of). 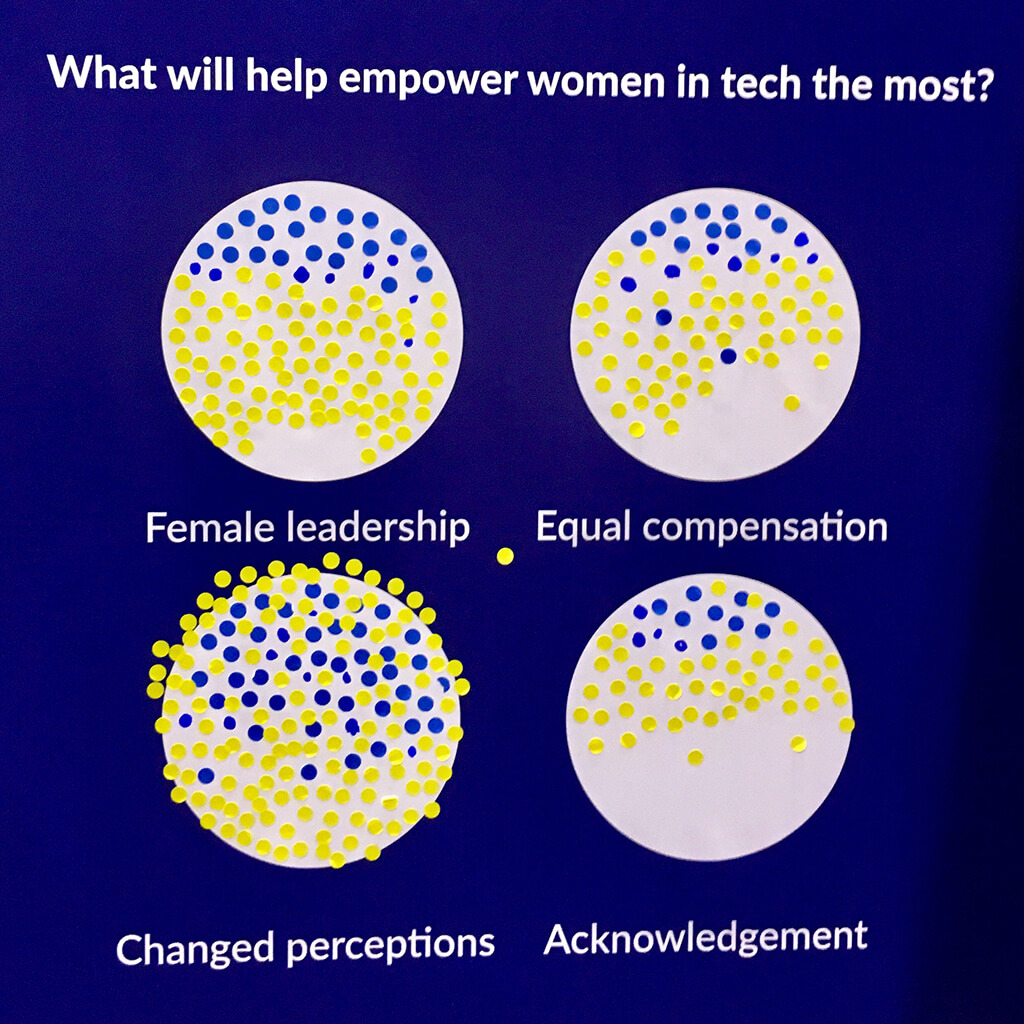 The lounge itself was an inspirational space for women at the event to connect with one another as well as take part in interactive surveys and video testimonials. On-stage however, the ratio of female and male speakers clearly proved that there is still a way to go to find inclusion.

So where are the solutions? Looking at the reposes above it seems that the key is to change our perceptions of women in tech. As members of the global tech industry, we believe that practicing this attitude in the everyday workplace is one of the most significant steps we can take: something we will continue to support both as a company and as part of the wider tech community.

Redesigning The Role of the Agency

The Marketing technology landscape is now at 5000 companies and growing – as recent headlines would denote; agencies simply cannot keep up with the fast pace evolution in technology.

The conversation around the part agencies play in this emerging new world was inevitable. In the past, agencies would simply buy the best technology solutions that could solve client problem – yet here we had a major event dominated by technology giants and throngs of innovative start-ups, all ready to out-play the agencies’ game, or simply break the rules entirely.

With new technologies and new playbooks emerging, the new agency model needs to compete with the likes of KPMG and Accenture (who, unsurprisingly, had a large stand presence at the event). Ogilvy Chairman and Chief Executive John Seifert was clear in his mission to simplify the agency model, realising that inter brand competition and complex client orchestrations are muddling the traditional client-agency relationship. 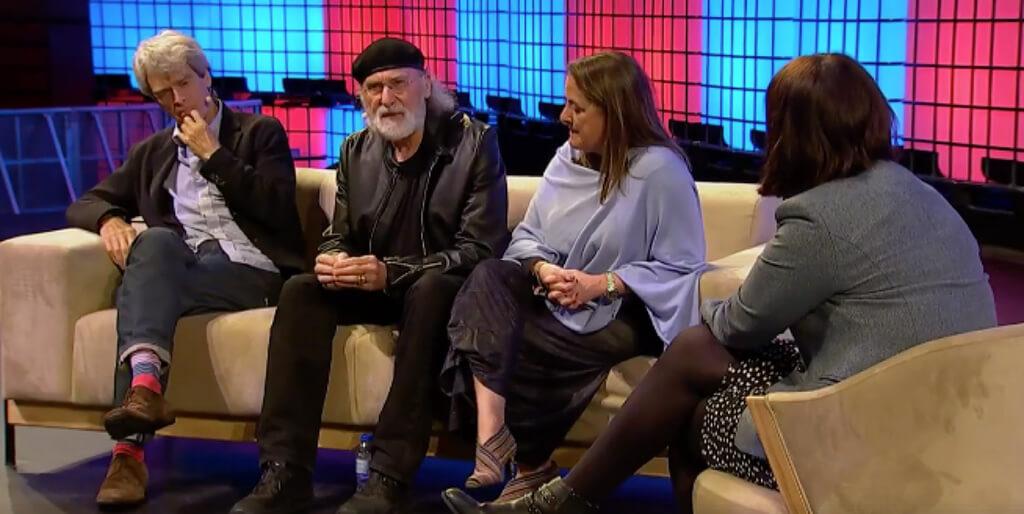 In a heated panel session, Sir John Hegarty, Co-Founder of BBH stressed the need to return to building great brands, which could only be done if creative types are also technologists – something which Susan Credle, Chief Creative Officer at FC, suggests will be much harder for the consultants to master.

Debates aside, it is clear from the number of brands attending Web Summit that many are going shopping for new technologies without their agencies, something we’re likely to see more of in 2018.

If you didn’t manage to catch Convertr at Web Summit but would like to hear more about our technology platform, mentorships or join our mailing list for more industry news, email marketing@convertrmedia.com 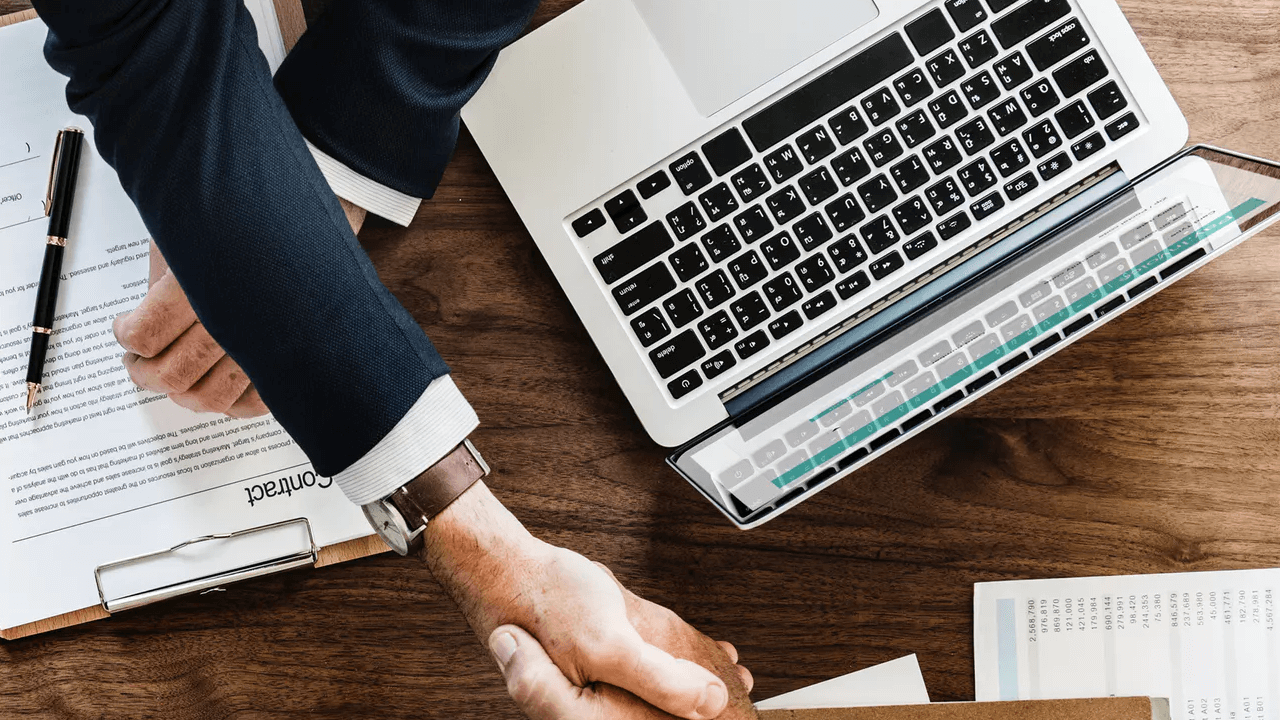 Here at Convertr, we’re always looking to the future. Whether we’re anticipating new legislation, adding the features that our clients need most, or adapting our product to the shifting landscape of MarTech, we know the only way to improve is to 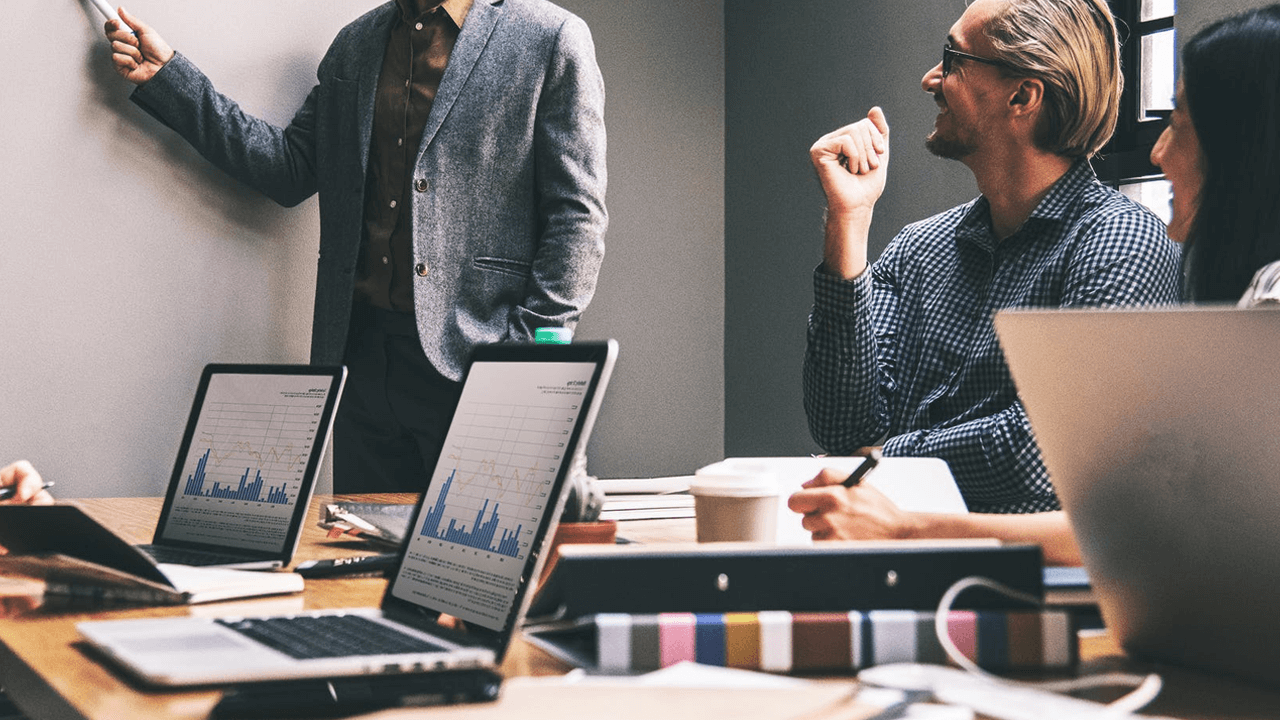 The Convertr team is very excited to announce our upcoming, phase 1 release of our v2 dashboard. Most Convertr clients will see the changes rolled out over the coming weeks. Why are we making these changes? As a product and tech team, we're constan 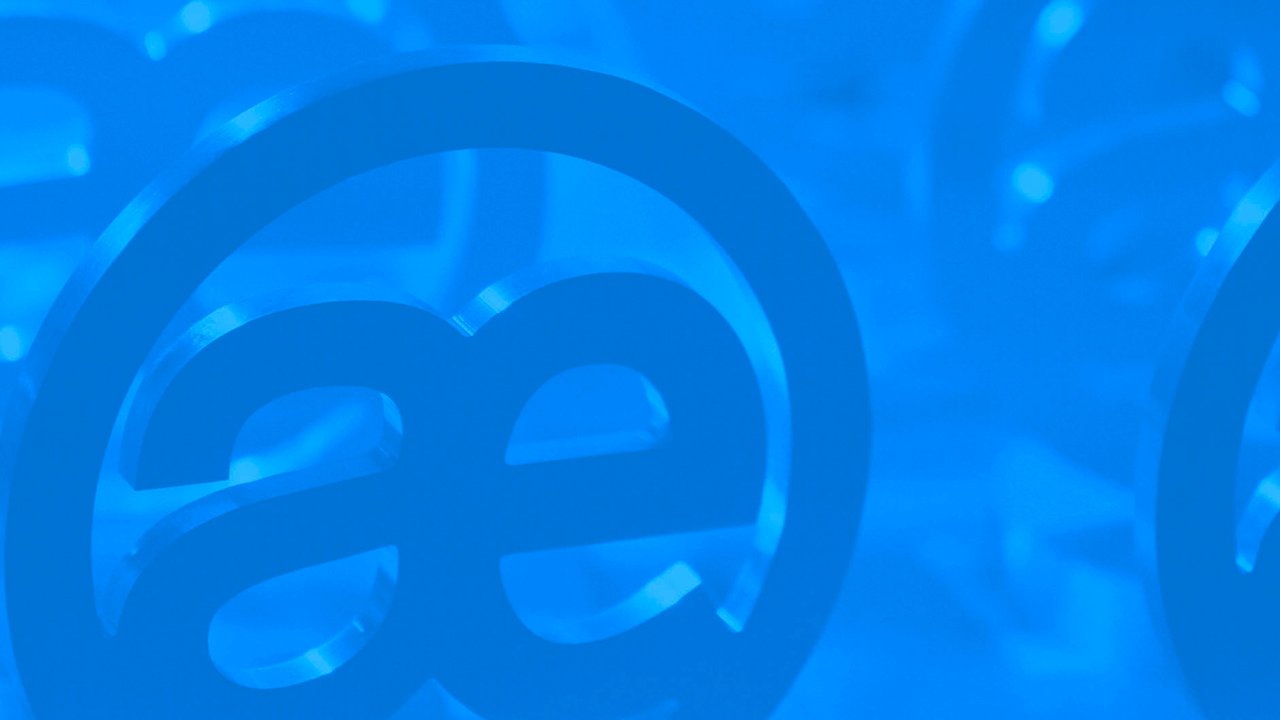 Championing Success in Software: Convertr at the Accounting Excellence Awards

If there’s one thing that gets our team excited, it’s the continual quest to build better technology - which is why we were delighted to sponsor the Software Category at this year’s Accounting Excellence Awards. As November drew to a close, we